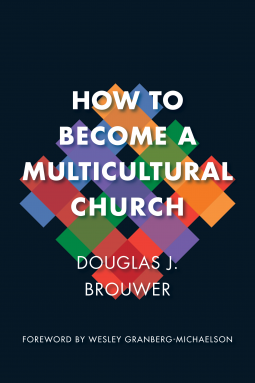 Last night a church member called to ask if we would be offering “translation services” to Arabic or Kurdish speaking people on Easter morning. She is tutoring refugee women in her village, and a half dozen or more are apparently interested in coming to Zürich for worship.

She asked the question so casually, like wondering if perhaps we would be receiving an offering on Easter this year. (yes)

I serve a startlingly multicultural church. On any given Sunday more than two dozen nationalities will be in attendance. Most people are English speaking, which is how we advertise ourselves to the Zürich area, but a few members are still very much in the learning stages of the language (as I am, unfortunately, with German).

Misunderstandings due to language are frequent, though mostly minor, and sometimes humorous. Still, getting along is hard work. It is in any church, of course, but it is even more so in a multicultural church. Leading (or even being a member of) a multicultural church is not for the person whose ego is easily bruised.

I should mention that we are decidedly low tech in our worship, at least on Sunday mornings. Morning worship is held in an old Swiss church, practically ancient by U.S. standards. The church has no screens or projection equipment. We consider it a good Sunday when my wireless microphone works.

Translation services (with headsets and translators offering simultaneous translation of worship) have not been discussed, as far as I know, but in the research for my new book I discovered that multicultural churches around the world often provide a list of “available languages” in their advertising. Do you prefer Mandarin? Or Pashtu? No problem.

My church is not there yet, but I recognize that the day is coming, sooner rather than later. My church may seem like an exception, and in some ways it is, but our experience is about to become the norm, even in countries like the U.S. where worshipping congregations are still stubbornly segregated along racial and ethnic lines.

I found all of this very exciting and quickly found a young woman from Lebanon who is fluent in Arabic (and in 2-3 other languages) and who agreed to translate for the refugee women on Easter morning. And then, still excited, I phoned a friend in the U.S. to tell the story.

His comment was discouraging: “Will they be wearing burqas?”

I had not thought to ask what these young women would be wearing, and to be honest I don’t care. My worry now, and with me there is always a worry, is how to present the message in a way that will communicate the good news of Easter.

It’s hard enough to get it right without all of the cultural diversity.

(Note: A reliable source, who prefers that I not use her name, but who is really well informed about these things, has leaked to me that my book is headed to the printer and will be available shortly. I’m excited about that too.)

I have been a writer ever since fifth grade when I won second prize in a “prose and poetry” contest. I am also a Presbyterian pastor, and for several years toward the end of my career I lived and worked in Zürich, Switzerland. I am now retired and live just north of Holland, Michigan, along the lake.
View all posts by Doug →

3 Responses to “Translation services” on Easter

As his forty-year career in ministry comes to an end, Douglas Brouwer finds himself wondering about one of the oldest questions there is: who am I? To find his true identity, Brouwer undertakes extensive genealogical research, probes the meaning of his family name, explores his ethnic heritage, asks what genealogies are for (biblical genealogies and his own), reflects on the meaning of his DNA testing, and tells sometimes-unflattering family stories. In the end, he arrives at one of the most basic answers it’s possible to give about our identity as human beings created in the image and likeness of God. The Truth About Who We Are is written as a letter from Brouwer to his grandchildren, but the story is a universal one. The answer he discovers at the end applies to all.

I have been a writer ever since fifth grade when I won second prize in a “prose and poetry” contest. I have also been a Presbyterian pastor, and for several years toward the end of my career I lived and worked in Zürich, Switzerland. I am now retired and live near Holland, Michigan.